A superb Sunday on the Hudson Bay coast

Today’s (Sunday) weather was rainy and windy…PERFECT weather for visiting the wetlands, due to the fact that the mosquitos finally left us alone! In the morning, we visited three wetlands in the bushes, down Twin Lakes Road. Two of the wetlands were quite muddy, which left us with many wipe-outs (shout out to Amanda) and instances of getting stuck in quicksand-like ways. Even so, we were able to find many of the creatures we were looking for, such as tadpoles, odonates, and plenty of diving beetles! The third wetland of the morning was engulfed with sedge, and honestly not much water to work with! We still managed to find many diving beetles though!

After a much needed lunch, deliciously made back at the Research Center, we headed back into the Van and we were off for the afternoon! We visited three new wetlands this afternoon, all three being right on the coast which not only made for beautiful scenery, but an amazing breeze while we worked. We found that the temperature in these wetlands was colder than others we had visited, mainly due to the fact that these wetlands were formed from the ice that had just melted. We found many critters this afternoon, ranging from wood frogs and tadpoles, to more beetles and dragonfly larvae. After a productive afternoon, we headed back to the research center to input our data in the lab.

After emptying the puddles out of our boots, we headed to the lab to sort through various critters stored in ethanol, filter water samples from the wetlands, and input the data from our probe and GPS.

Following dinner, we had a very informative and jaw-dropingly cool discussion on Aurora’s. This amazing phenomenon can be seen 200 days throughout the year in Churchill. Unfortunately, we are not here at a time when many can be seen, but the radar online says it still may be a possibility one night this week, so our fingers are crossed!!

Suddenly, someone informed all of us that there was a Caribou sighting in the Tundra not too far away from us. We all hopped in the van, driven by Ben, and after about 2 minutes of anticipation, we emerged from the van and saw a Caribou with HUGE antlers! It was an awesome experience to see a wild animal that we had eaten a few days earlier!

Following the excitement of the Caribou and many other beautiful photos, we decided to watch one of Matt’s favourites… The Dark Knight. Having never seen it, let me just say, what a thrill! It was such an awesome movie, that I could barely stay in my seat the whole time! And let me just remind you, that it was a very long time, try about three hours… Before we knew it, it was midnight, so here I am; tired, but excited for the week ahead!

We miss all of you back home, but can assure you that we are all having a blast, learning a lot, and eating VERY well.
See you soon!
-Carolyn

P.S. ODE TO CHURCHILL (shout-out to Paige)
Roses are red, Violets are not,
Today was pretty cold, and blue, our shoes are not. 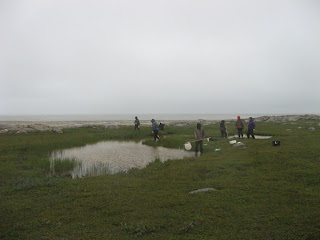 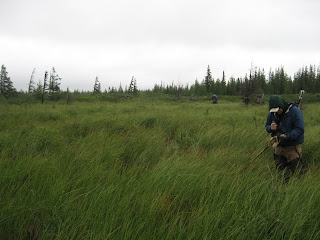 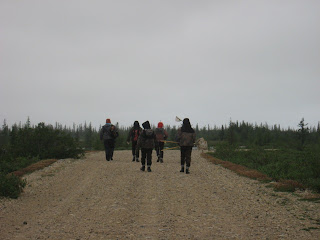 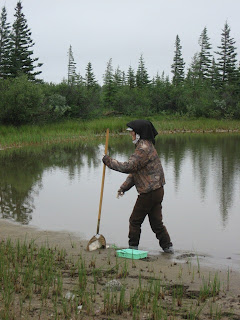